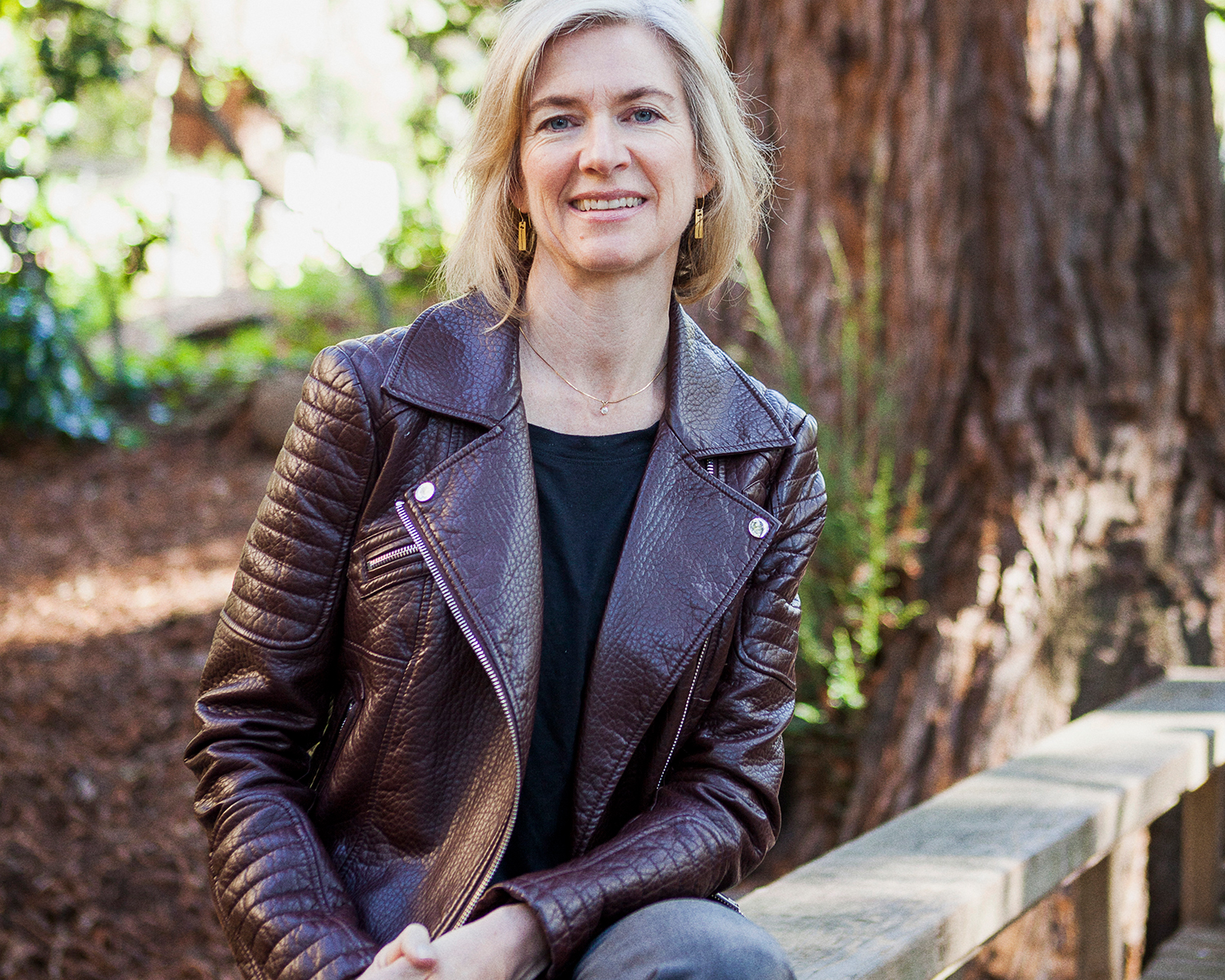 Move aside Jolie, Berry, and Biel.  The purpose of this headline, of course, is to catch your attention, but its sole aim is to drive the culture of celebrity away from the Instagram-obsessed socialite and instead shed light on the likes of Dr. Jennifer Doudna.

One can argue that even those seeking the splendour of the instantly glamorous have their contributional place in the world,  it’s just that their prominence in media would be more beneficial to society should they be significantly less prominent.

In short, Doudna is sexy because she’s extraordinary and she inspires.  Describing her as intelligent underestimates her and her contributions as professor and biochemist, and it does little to highlight her collaborative effort behind one of science’s most revolutionary moments; she deserves the pricy, soft-focused photo spread of a flashy magazine.  Consider this an impulse buy at the checkout, more worthy of satiating one’s curiosity for celebrity infidelities.  However, since this piece will lack any significant reach—its absence is somewhat the point—its scarcity in popularity will at least resonate with those willing to click and read the article.  To those of you who did, I salute you.

Sadly, Dr. Doudna, as it appears, does not have an Instragram or Twitter account, although she seldom contributes to the Doudna Lab Twitter account.  Understandably, she is significantly busy, presumably with CRISPR-related research, teaching, patent disputes, conferences, etc.  To give some perspective by way of comparison, her schedule is likely busier than that of the U.S. president’s, who still manages to engage in social media while presiding over and administering duties as de facto president of the world.  But for someone who is emblematic for her noteworthy accomplishments in the sciences to countless young girls starving for life-guidance, her name is likely only known to a small bubble of academics, investors and entrepreneurs.

This has to change, if not by her, then by her immediate fans or by writers like myself, with even the smallest incremental reach.  From a distance, I count myself as an admirer, and see her as something of a hero.  If anyone deserves to have mass outreach through social media at their fingertips, it’s Dr. Doudna; it’s time she signs on to Twitter or any social-media platform, so her voice can be heard by those she wouldn’t normally reach.

Media’s incessant lapping of news along the shores of our consciousness affects our daily awareness and in part a collective cognizance–the broader message now needs to change.  Today’s zeitgeist of pessimism also needs an injection of other realities; we’re so close to achieving incredible things and they are not highlighted often enough.  Millions suffer in silence and Cas9 has the ability to help those in need across the globe, cheap (supposedly) and effective in its accuracy, the possibilities are unfathomable.

Panel discussions on CNN (and elsewhere) should include more scientists, innovators and researchers speaking about their projects as opposed to columnists obsessed with presidential peccadillos (going as far back as Clinton’s tenure); let’s give less airtime to the disappointing and more to the uplifting.  There is a large, starving audience for this kind of news and information; an undiscovered country of persons and possibilities await.  Call it a perversion, but an intimate obsession for the intelligent should be our collective peccadillo.

It’s long overdue that Dr. Doudna’s beacon shine through the media haze of celebrity culture, to captivate the imagination of millions while becoming a household name and attracting the attention of countless more.  For those still wondering who Jennifer Doudna is, (Nobel, are you listening?), she is part of a group who discovered CRISPR/Cas9, a gene-editing tool that targets genes for cleavage; more specifically, she and Emmanuelle Charpentier reengineered Cas9 to a single-guided RNA system that can remove imperfections from genomes, or attack the genetic makeup of a virus to enervate its load and/or completely eradicate it from its host.  (To be sure, Emmanuelle Charpentier, a collaborator with Dr. Doudna, deservers her own accolades and glossy spread beyond the parenthetical, but one challenge at a time.)

The seed planted by Cas9 has now blossomed to include Cas13 and other offshoots of genetic research, the profundity of which cannot fully be explained, as yet. 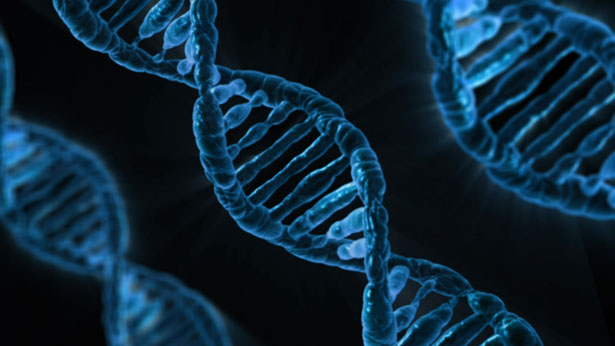 A great, inherent problem in our society is the culture of celebrity, and where and how (poorly) we attribute success.  Skewing attention towards things that matter more than one’s influencer score is in itself a function of education––this short article is a minuscule attempt at something many of us can do to encourage those who don’t know any better, as they’re lost in a deluge of peer pressure, tweets, Instagram posts, etc.

In a relentless, image-obsessed culture, much of celebrity is also designed to sell consumption and ideas to the vapidly well-off, but this in turn distorts perception for the uninitiated and the vulnerable who only seek acceptance in their immediate social circles.  This is lost potential.  Those posting photos online of their leisurely life, perhaps, have the means to invest, if not for philanthropic reasons, then for capital gains in a burgeoning field of biochemistry.

CRISPR can and will transform lives.  But the affluent too have been influenced to believe that the photoed opulences of a movie star splayed over their $10,000 Barcelona couch, relishing in all the lavishness inside their Spanish Colonial Revival, Santa Monica home, is the pinnacle and/or reflection of achievement.  Again, this is lost potential.  How many are aware that HIV has been eliminated from infected cells in animals through pioneering research made possible by CRISPR/Cas9?  Likely not many, but many more know what a celebrity had for breakfast today.

Scientific and technological breakthroughs are almost always the result of incremental steps made by other researchers and scientists over time, and whose glories made possible, as Newton once expressed, “by standing on ye shoulders of Giants”.  Soon to be a giant herself, Dr. Doudna stands on the shoulders of others who have come before her, and it’s necessary to encourage and inspire future biochemists, or others wishing to hold and wield the technological wizardry that will change, quite literally, everything.  This includes among others, AI, whose usage will also be boundless in the field of medicine.

Lost potential is incalculable to society, and it’s something that can no longer go unnoticed.  Two-thirds of Americans do not hold a university degree–this is lost potential.  Innovation, enthusiasm for the complicated, and embracing a strenuous work ethic is being replaced with a fast-and-easy approach to success.

Ironically, the fault is partly due to technology itself.  VCs drooled, and quick-buck artists bloomed with the app craze, but imagine a world where a bio-chemical “app” can snip out a genetic defect or a virus that imprisons its captor.  As millions suffering from disease await new research and human trials of CRISPR, it’s imperative that for the benefit of all, that we know what is truly sexy.  Ergo, let the sexiest woman alive be known to all.  At the risk of reducing this entire article to a cliché: not all heroes wear capes (or Instagram-able haute couture)—some, wear lab coats.

About that Elon Musk and #Tesla #Phone Rumour…When The World Is Begging For One:
https://algorithmicculture.com/that-tesla-phone-rumour-going-around/