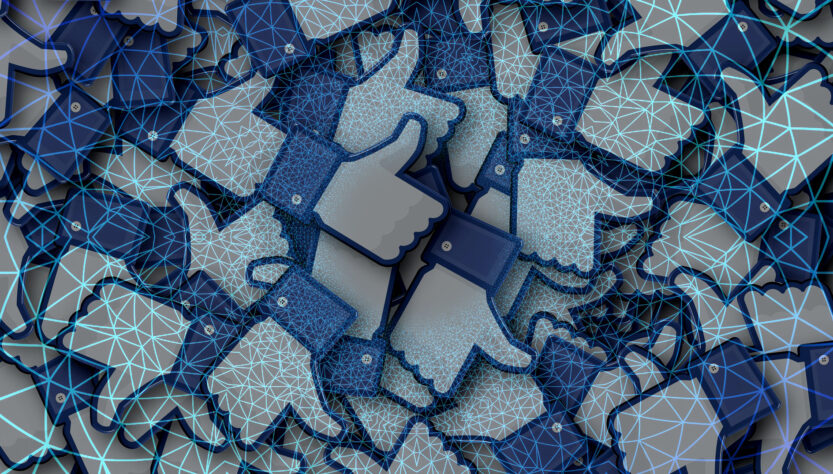 The whistleblower, Frances Haugen, former product manager for Facebook testified at yesterday’s U.S. Senate hearing. Regarding her testimony, Sen. Blumenthal (D-Conn) remarked in his opening statement that Haugen wasn’t alone, she was “armed with documents and evidence”; helping gird her credibility for the proceedings as they commenced.

Haugen’s full testimony was a damning indictment to the companies that know and willingly exercise algorithms, as she proclaimed, on its users for the sheer fact that they capitalize more on user engagement and more precisely on their insecurities.  Not only were ads directed to teens, but preteens were also victims of these powerful ‘algorithms’—a word echoed throughout the hearing.

Facebook has been aware that its platform can be addictive, and “the painful effects” of these algorithms on its users, continued Blumenthal, “will haunt a generation.”

“Mark Zuckerberg ought to be looking himself in the mirror today,” exclaimed Blumenthal.

“In order to hook us, Instagram uses our private information, to precisely target us with content and recommendations, assessing that what will provoke a reaction will keep us scrolling.  Far too often these recommendations encourage our most destructive and dangerous behaviours.”

Like an itch that never gets scratched, the algorithm evades a user’s self awareness to feed a seemingly endless cycle of engagement.  It’s these feedback cycles that become so pernicious for teenagers that they return to these platforms to both heal and cause the very harm for which they seek to heal, i.e., a kind of definition that sums up addiction at its best, insanity at its worst.

It was expressed in the hearing that Facebook’s own research called Instagram’s algorithms ‘a perfect storm’ for those that willingly engage with the platform.  After clicking select content, namely ones that deal with body image or weight loss, the addictive nature of wanting to self-improve or self-treat, becomes for some an obsession.  There was an emphasis on the predatory nature of algorithms to deluge a user with ads that would in effect cause this abstract master-and-servant relationship, and profoundly effect youth whose minds are still developing (not just in maturation but literally physically growing) and are susceptible to influence.  In short, as Blumenthal noted, “privacy protection is long overdue” to protect teens and preteens.

Facebook and Mark Zuckerberg had not participated in providing any reports or evidence to the committee that would corroborate Haugen’s statements, as Blumenthal noted by criticizing Zuckerberg for choosing to sail in lieu of taking responsibility regarding Haugen’s accusations.

Sen. Rick Scott (R-FLA) reiterated the harmful effects to users of social media in his statments, especially to young teenage girls, and asked Haugen what age restrictions should be made by social media platforms, if any.  Haugen suggested that a minimum age of 16 or 18 would be beneficial in helping restore integrity to companies who use ABR and ads to manipulate its users.

“I have a huge amount of empathy for Facebook.  These are really, really hard questions, and part of what I was saying, I think they feel a little trapped and isolated.  The problems that are driving negative social comparison on Instagram, Facebook’s own research says, Instagram is distinctly worse than say TikTok or SnapChat, or Reddit, because Instagram—TikTok is about doing fun things with your friends, SnapChat is about faces and augmented reality, Reddit is vaguely about ideas—but Instagram is about bodies and about comparing lifestyles.  So I think there are real questions where Instagram would have to come in and think real hard about their product or about what their product is about and I don’t think those answers are immediately obvious.”

“Do you think Facebook was trying to mitigate the problem?” asked Scott.

“I think within the set of incentives that they were working within, they did the best they could, unfortunately those incentives are not sustainable, and they are not acceptable within our society,” replied Haugen.

When asked by the Senator whether companies should report harmful effects on its users, Haugen said, “Facebook has had some of this research on some of the negative effects on Instagram among teenagers for years.”  She then advocated that companies like Facebook should devote extensive private research on the topic, “given that they are the only people in the world that can do this kind of research” and that the company “shouldn’t be able to keep secrets when people’s lives are on the line.”

Sen. Edward J. Markey (D-Mass) suggested the necessity to “pass the Kids’ Act” and the creation of an “Algorithmic Justice Act,” and compared the invasion by the company with 20th C salesmen trying to enter the living rooms of Americans, advising that the door should be kept shut to prevent any further possibility of influence and to stave off the invasion of privacy (especially for those 12 and under) by giant corporations.  He is in favour of expanding the Child Online Privacy Protection Act of 1998 (of which he was the author) and explained that such an act is the reason why platforms like Facebook and others do not allow that specific demographic to create accounts on their site.

During the hearing, Sen. Richard Blumenthal, commented on how he received a text “about fifteen minutes ago” from a father in Connecticut which he read aloud:

“I’m in tears right now watching your interaction with Frances Haugen.  My fifteen year old daughter loved her body at 14, was on Instagram constantly and maybe posting too much.  Suddenly, she started hating her body, her body dysmorphia, now anorexia, and was in deep, deep trouble before we found her treatment.  I fear she will never be the same.”

Algorithms that “in effect promoted” content that would influence or push towards extreme diets and anorexia, the Senator expressed, referring to anecdotal accounts, details about how a teenager can develop body dysmorphia because of social media interactment, that inside a day of engaging with body image content, a person gets deluged with ads of how to lose or maintain weight.

“I’m not surprised by that fact,” she said.  Haugen continued by giving a company example:  “Facebook has internal research where they have done even more gentle versions of that experiment where they’ve started from things like interests in healthy recipes, so not even extreme dieting; because of the nature of engagement based rankings and amplification of interest, that imaginary user was pushed, or that real account was pushed towards extreme dieting or anorexia content very rapidly.”

Senator Markey: “And that’s the algorithm”.

Senator Markey: “An algorithm could be changed?”

Haugen:  “The algorithm could definitely be changed.”

Haugen referenced her time at Pinterest, comparing their algorithm of interaction that involves user interests but at a less invasive level.  “You can have wonderful experiences that are based on human interactions, these are human scale technologies, not computers choosing what we focus on.”

When pushed earlier on by Senator Markey  about whether Congress should enact restrictions on social media companies, Haugen responded, “I strongly encourage refroms that push us towards human-scale social media and not computer-driven social media.  […]  I do believe Congress must act to protect children.”

Regarding hate speech, Haugen said that Facebook’s AI would catch “at most 10 – 20%” of it, suggesting that the company’s focus on scaling made it that much more improbable that its AI system could stop certain content from proliferating.

When asked in closing to share her thoughts or opinions to those who currently work at big tech companies on what they should hear or take away from the hearing, Haugen simply reiterated the need that they become more “human-centric, not computer-centric” in their approach.

One curious note from the proceedings was when Sen. Dan Sullivan pivoted the topic away from child protection to that of national security, revealing that Haugen’s last role at Facebook was in counter espionage.  The Senator asked whether Facebook allows dictatorships to utilize the platform in a way that might not “hold America’s interests in mind.”  Haugen answered saying her team tracked China’s participation on the platfrom while also following “Iran’s goverment doing espionage on other state actors”.

She firmly stated that Facebook is understaffed for services in these areas that are imperitive to the American people, prompting Sen. Blumenthal to respond, “You may have just opened an area for another day.”

Haugen didn’t mince words when she then said, “I have strong national security concerns with how Facebook operates today.”

And here's the always confident @Kasparov63-ian post 10-person simultaneous #chess match "I've still got it" look. The #grandmaster/@Avast Security Ambassador was both a delight on the #CollisionConf stage in #Toronto and a skillfully shrewd destroyer on the chess boards.

😇 5 years ago Maddie saved a life!

Her transplant recipient Scott was beyond grateful that she selflessly helped cure him of his blood cancer.