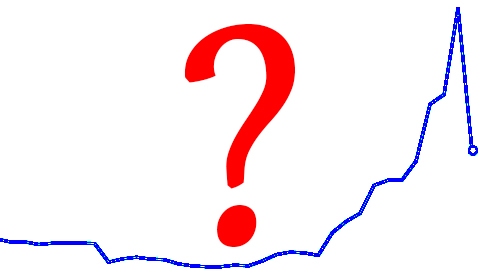 At the start of the week, and within a matter of days, stock markets were showing something anomalous with certain stocks (GameStop, AMC, BlackBerry, and later Nokia, et al.), creating a panic among some investors, namely short-sellers; but for others, it was an immediate and an incredible boon.  The word ‘volatility’ echoed around media newsrooms, while analysts and politicians grappled with what had become, in part, a social-media driven increase of stocks.  It was the rise of the retail investor.

Midweek, some on Reddit were calling it an all-out war.  A war?  But against whom exactly?  On Thursday morning many retail investors were blocked from buying stocks by a popular investing tool/app called Robinhood (a U.S. based broker-dealer service that performs commission-free transactions similar to the Canadian trading app and investment management service Wealthsimple).  Robinhood wasn’t alone in preventing its customers from buying stocks, as TDAmeritrade and others followed suit.  In a Bloomberg interview, co-founder and CEO of Robinhood, Vlad Tenev, attempted to clarify the “restrictions” that were placed on 13 securities, suggesting that it was misleading to say so:

“To be clear we didn’t restrict trading, we restricted buying on about 13 securities on the platform.  Customers that held positions on those securities could sell them and customers also were able to trade the thousands of other securities on Robinhood throughout the time, without restrictions […] We had to make a very difficult decision to restrict buying but it wasn’t restricting trading, and customers that had positions could get out of them unrestricted.” —Vlad Tenev (Robinhood, Co-Founder & CEO)

Tenev also stated that he and/or his company were not in any way placating to what some speculated as probable pressure by Wall Street hedge funds, stating that the idea was categorically false and that Robinhood aimed to have their customers trade at the start of Friday’s bell.

Some time ago, a retail investor collective, set inside a Reddit subthread under the name WallStreetBets, was founded by author and economist Jaime Rogozinski in 2012.  Inside this forum the community discussion apparently crescendoed on the topic of pumping stocks that were shorted by large Wall Street hedge funds, including that of Melvin Capital.  That is to say, their intentions were organizing directly against other organizations whose intentions were to bet against the aforementioned companies that would later soar.

However, in a Yahoo! finance interview, Rogozinski stated that the intentions behind those in his forum, who were investing against the short positions, were to simply make money and that sideswiping the “big guy” was more of an incidental occurrence.  In the short-term, those who bought were not only gaining, but they were clearly sending a message to those same hedge funds by Thursday afternoon.  It was a message that seemed amplified on social media forums with many claiming they were holding, if not buying more stock, while their holdings plummeted in value on Thursday.  Several memes circulated on Twitter illustrating something more akin to blind devotion than reason.

In part, the stock frenzy also had its flames fanned by a single tweet by Tesla CEO Elon Musk.  It’s well-known that Tesla was shorted by hedge funds prior to the years that saw the company’s rise as the largest automaker by market value, which stifled Tesla’s progress and image as a company.  Likely trying times for Elon Musk, his memory must have been long, as he tweeted the slang term ‘stonks’ with a link to the above Reddit subthread.  After the financial storm by retail buyers on Wednesday, having done their crippling damage to the short-sellers and now seeing those same stocks crashing on Thursday, Elon responded with  a tweet:

Emotions were riding high during the week with many critical of the hedge funds and their short positions, a defiant thumbing of the nose at Wall Street.

However, BlackBerry recently rode a stream of positive news that included a court win against Facebook regarding patent infringement, a deal with Amazon regarding AWS, and many argued that BlackBerry’s stock rose “for a reason”: i.e. on its expanded partnership with Google’s Chinese rival Baidu, adding to its already large portfolio of automakers using its proprietary, secure micro-kernel software, QNX.  All of this in the month of January, and it should be noted that BlackBerry licensed its brand to a U.S. company (OnwardMobility) which looks to bring a highly secure BlackBerry Android 5G phone to the market in 2021.

So, in part, some fundamentals were embraced, but the extent to which these rogue elements were included in stock prices rising beyond what the company is worth is anyone’s guess.  A community of retail investors, who chose to buy stocks by their own volition bet on stocks—no differently than the short-sellers; the only difference it seems is that they bet on those same stocks to rise rather than fall.  Others later piled on the wave of energy that convinced so many that this was both a way for them to get richer, while making Goliaths fall to their knees.  How different is a community to that of an organization manipulating the price of a stock almost at will?  To some of the retail investors, the infusion of funds to these stocks was a revolutionary act, while conversely the short-sellers saw this as an incursion on a territory they had mastered and owned for so long.  Many of the GameStop buyers had taken screen grabs of their overnight fortunes, proudly showcasing the homes they had bought, the medical bill they had paid or the student loans they had now paid in full.  They were met with newfound freedom and security.

Sentiments among politicians on both sides of the aisle Thursday expressed similar opinions that investors of any strip should be allowed access to their financial accounts to not only sell, but to buy whatever stocks they so desired.  For a brief moment, there was actual healing between senator Ted Cruz and congresswoman Alexandra Ocasio-Cortez.  Cruz had retweeted Ocasio-Cortez’s tweet agreeing with her statement that Robinhood’s “decision to block retail investors from purchasing stock” was “unacceptable”.  Who would have thought that a country so divided would be meeting in the middle on the democratic right of the retail investor?

Despite the calls by politicians in favour of retail investors gaining full access to buying shares, there are many against the idea of this kind of market ‘volatility’, demanding instead that regulatory measures be implemented while also arguing for those behind this week’s inflated stock prices be investigated by the SEC.  Either way, investors, and now seemingly the rest of the world, will be curious to see what happens on Friday.

How we think and our day-to-day behaviors can be attributed to the almighty #algorithm: #media; #medicine; stock markets; dating; #AI; #journalism...

“I have strong national security concerns with how Facebook operates today.” — Frances Haugen

A federal judge ruled that Apple must crack open its tightly controlled App Store and no longer force developers to use its payment processor in apps, which usually collects a 30% commission on purchases.
https://n.pr/38XBFF0

An editorial in @Nature argues that universities, which dominate the CRISPR patenting landscape, should license CRISPR patents for free to share gene editing globally #NBTintheNews https://www.nature.com/articles/d41586-021-02420-x